Yes, there are those with “Twitterphobia” and there are a number reasons not to be afraid of Twitter.  As of 2nd quarter of 2015 there are 304 million monthly active Twitter users in the Twitterverse. Twitter is the social “networking party”! The ultimate “networking party” on a global scale with an endless capacity for attendees and discussion worldwide.
Those people who haven’t engaged with the Twitter world are at a loss for why Twitter matters in the Social Media landscape and their lives. Many people – ranging from saavy 20-somethings to Baby Boomers and beyond – have stated “I don’t ‘get’ Twitter.” If you find yourself trying to illustrate the benefits and reasons to use Twitter to “Twitterphobes”, you will need to explain the reasons why tweeting is worth time and attention. 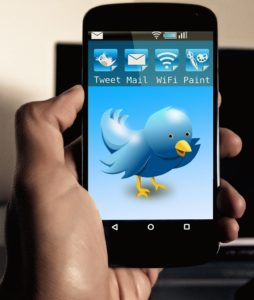 Here are a few talking points to start:
Of course, the most important takeaway to leave with Twitter newbies is to do not get sidetracked by the medium. Yes, Twitter is a hip lively social media tool, but it’s merely that –  a tool. Tools are merely instruments that are specialized to aid in the accomplishment of a task or goal, and in this case, that task is communicating effectively and therefore should be a part of your Social Media repertoire. By making the message the focus –  not the method – you’ll be able to jump into the Twitter medium in a meaningful and productive way.
Share this Post